According to a study by SurveyGizmo, 64% reported using text box questions while 52% using essay-style questions. Open-ended questions go hand and hand with closed questions and can provide a wealth of information which closed-ended questions are not capable of providing.

There are several different types of open text questions. The most common ones used in consultation or engagement surveys are;

Extension questions are often found at the end of a list and often take the form of “Other: Please specify” followed by a text box. When designing surveys, it is best practice to have a relevant option available for all respondents, and an extension question serves this function. The extension question also allows for options which you have not thought of in the closed question section and ensures all options are covered.

Example of an extension question

Example of an expansion question

General questions are often found at the end of a section of a survey or on the last page of the survey and often take the form of “Do you have any additional comments?“. The general open text question allows the respondent to elaborate or expand on their closed answers and share their views about the themes of the survey.

O’ Cathain and Thomas studied the use of general questions concluding that they can add value to a series of closed questions by allowing the respondent to elaborate on their response and acts as a safety net identifying issues or themes not considered by the researcher. Open text questions allow the respondent to elaborate on or explain their closed-ended answers which can provide additional insights when the researcher interprets closed text answers.

One of the disadvantages of open text questions is missing data due to the question being skipped or invalid answers.   Answering open-ended questions requires significantly more resources in comparison to closed-ended questions. The respondent has to think about their answer, type it into the text box which requires additional time meaning the survey takes longer to complete which increases survey fatigue. Often open-end questions are skipped which can result in incomplete data.

Invalid answers are responses which don’t add anything to your data, a common example is in response to the question “Do you have any further comments?” and reply with “no”, “none” or mash the keyboard providing a jibberish response. Some respondents use the open-end questions to comment on totally unrelated issues. Invalid answers add time and cost to a project regarding data cleaning but also every response has to be read. This irrelevant data is removed during the cleaning process and stored in a junk file commonly known as file 13.

During a recent survey we conducted on proposed changes to Dog Control by-laws one respondent shared what they thought about cyclists and proposed cycleways. Another recent example from a survey on redeveloping a towns CBD is one respondent who wrote “Ban 1080” in every open text box.

3. Analysis of collected data can be resource intensive 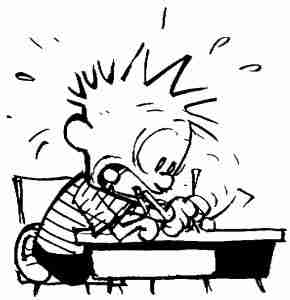 Open text questions can be very helpful allowing the respondent the ability to expand on their responses and cover relevant topics which the researcher may have overlooked. There are some disadvantages as well including the skill and time that is required to clean and analyze the responses along with the question of how the responses will be included in the report. Open text responses can be a very useful survey tool if some thought is provided during the project design stage.