Citizen engagement and participation has been part of the democratic decision-making process going all the way back to Ancient Rome. Ancient Romans thought it to be part of their civic duty to both the Republic and Empire to participate in government affairs which included attending assembly meetings and voting in elections. 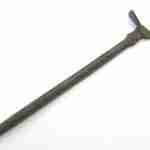 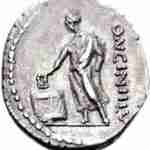 Citizen participation is defined as “a process which provides private individuals an opportunity to influence public decisions” and is considered a part of the democratic decision-making process.

There are many different levels of engagement and participation ranges from tokenistic engagement where the participation of citizens is just part of the process and carried out to fulfil a requirement right through to full citizen control which even the President of the United States of America does not have.

The critical difference between just going through the motions of citizen participation and authentic participation according to Sherry Arnstein is the level of power the citizens have in changing the outcome of the process. Arnstein goes on to explain that if there is no redistribution of power from the decision makers to the citizens, it is a frustrating and empty process for those who don’t have power while to allows the decision makers who hold the power to claim that all sides were considered. This idea is represented in the French revolution poster below. The three levels of participation

The bottom two rungs are made up of Manipulation and Therapy respectively. At this level, citizens have no power in changing the outcome of the process. The aim at this level is to cure or educate citizens. The decisionmakers believe that the proposed plan is the best option and the purpose of participation in the decision-making process is to achieve public support through public relation campaigns.

At this level, the public is manipulated into thinking that public participation is being undertaken yet the officials’ influence citizens according to Kreiken instead of the other way round. A common example of this is the use of community associations or committees. Many of these groups are not given any real control but are used by decision-makers to show that there was citizenship participation in the decision-making process.

Kimberly Farnham states that “Often, these meetings end up being more about those in power persuading the participants to think like them, instead of the community members helping the power holders better understand the community.”

While this level of participation has some crossover with manipulation, at this level it is believed that the powerlessness of those who are poor or marginalized can be cured.  Because of this thinking participation in decision-making can take on characteristics of a group therapy session Farnham notes. The “experts” set the tone and agenda of the meetings which are often become focused on bringing members of the community in line with those of society at larger bu adjusting their values and attitudes. Rungs 3: Informing, 4: Consultation and 5: Placation involves some good tools and steps towards citizen participation they can involve a level of tokenism.

Rungs 3 and 4 allows the have nots to have a voice but they lack the power to ensure that their views are taken note of. Arnstein notes that it is here that a lot of consultation occurs however often the outcome is already predetermined.

Rung 5 is viewed as a higher level of tokenism. Arnstein states that citizens are allowed to advise but the power holders retain the right to decide.
Farnham states that positive singular acts are not able to take the place of real community involvement.

While informing is considered by some as the important first step to legitimate participation as without it true public participation cannot take place there is very little if any opportunity to participate in the decision-making process at this rung.

This rung of participation involves the citizens being told what is or will be happening in the future. Often the flow of information is one-way, from the decision-makers who have the power to the citizens who are largely powerless. Often information is distributed by news media, pamphlets, posters and responses to inquires. Meetings may also be used however the communication remains one way with only superficial information being provided and questions discouraged.

Some characteristics of this level of participation include:

This rung moves into citizen involvement as citizens are invited to share their views and opinions during the decision-making or planning process. This is often carried out through surveys, neighbourhood meetings and public hearings.

The concern here is that there is no guarantee that the views and opinions expressed by citizens will be taken into account. Kreiken says that consultation is a step towards full participation if it is not combined with other forms of participation it is not enough. Arnstein goes further stating that “if participation is limited to this level it just window dressing”. Citizens have “participated in participation” while the decision-makers can show they have to go through the process of consultation. To make communities feel like they have been consulted and heard some organisations or Councils may set up committees or boards and include members of the community. The idea is that including community members on the board provides a point of contact for the community to provide feedback and increases the communities access to the decision makers and those who hold power. While this sounds really positive Arnstein notes that while citizens have a degree of power and influence over the final decision tokenism is still apparent.

Farnham notes that while this does give the community more access to those who have the decision-making power the individuals selected to represent the community are just one voice among many and they can be easily ignored or overruled when it comes to the final decision.

Citizen power is made up of rungs 6: Partnership, 7: Delegated Power and 8: Citizen Control. Farnham states that at this level control of the decision-making process is held at least in part by the community.

Here Arnstein states that power is actually redistributed through negotiation between citizens and decision-makers. They agree to share planning and decision-making responsibilities and once the ground rules have been established they cannot be unilaterally changed by either party.

….it is “like coming to City Hall with your hat on your head instead of your hand”.

Is an advanced level of participation according to Kreiken where the citizens have the dominant decision making power. This dominance occurs right at the beginning of the project. This can be seen in some advisory groups set up in the Health and Disability Sector where the members set the meeting agenda, who are invited to attend the meeting and what is discussed with them.

Arnstein notes that at this level of participation citizens have enough power to assure accountability of decision-makers to them and to resolve any differences the decision-makers must start the negotiation process instead of waiting and responding to pressure from citizens.

Another form of delegated power is parallel power, this involves the setting up of two separate but parallel, one consisting of citizens and the other of decision-makers. An example of this is the New Zealand Convention Coalition which is made up of NGO’s and DPO’s which is funded by Government and meet to discuss disability issues and report to the UN on New Zealand’s progress on disability rights and issues. This report sits alongside the report from the New Zealand Government on its’ progress to meet its obligations on disability rights.

Under the parallel power model if there is a dispute which can’t be resolved by negotiation between the two groups Kreiken states that it is often the citizens who have the power of veto.

Here citizens are in complete control of their community which allows the community to use their resources as they see best, they are in charge of any policies or plans and in the position to negotiate with outside decision-makers how any changes may be made.

Back in the late 1960s when Arnstein published her article on the ladder of participation she noted the growing demands for more citizen control be it community control schools,  the  Afro-American community having more control over their lives and neighbourhoods having control of what happens in their area. This call for control by citizens continues today; modern examples the introduction of Tomorrows Schools  which saw school become individual entities managed by an elected Board of Trustees often from within the school community, the growth in the Tino Rangatiratanga movement and the call for Maori Wards within local government and the use of Community Boards and Panels like those in Hutt City. These Boards and Panels are not only an important channel to provide feedback on local and citywide issues but they manage and allocate the Local Community Projects Fund and the local Community Engagement Fund to fund community projects and develop community assets, fund local activities, events and fund organisations within the community. Arnstein acknowledges no-one has absolute control and states that it is important that rhetoric is not confused with intent. Arnstein goes on to state that when people are demanding citizen control the are asking for the:

‘degree of power (or control) which guarantees that participants
or residents can govern a program or an institution, be
in full charge of policy and managerial aspects, and be
able to negotiate the conditions under which “outsiders”
may change them.’

Farnham notes that this final level allows citizens to be in complete control over their communities and allows them to use their own resources how they see fit.